With the return of former principal cornet player Ian Porthouse as Musical Director at the end of 2007, the band embarked upon it most successful period of contesting and artistic success in its history.

This picture was taken in front of Bedwellty Park bandstand in July 2008 and shows the trophies won in that year - including the Welsh Regional Challenge Trophy (right) and the Welsh Open (centre). The trophy to the right was presented to Ian Porthouse as the winning conductor at the Welsh Regional Championships. 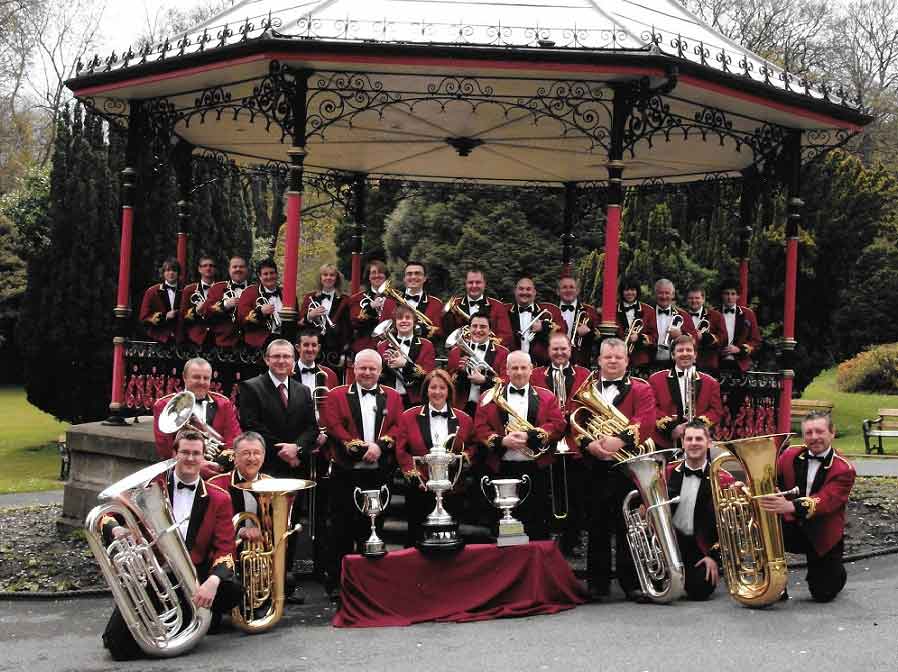