As 1990 Champion Band of Wales, Tredegar represented the nation at the 1991 European Championships held in Rotterdam in April 1991.

Under the baton of Nigel Weeks they produced two exceptional performances of the set-work, 'A London Overture' and their own-choice selection of 'The Essence of Time' to come third overall behind eventual winners Black Dyke Mills and BBS Foden's.

The image was taken by photographer Gerard Stobroek during the band's performance on Saturday 27th April at the De Doelen Hall. 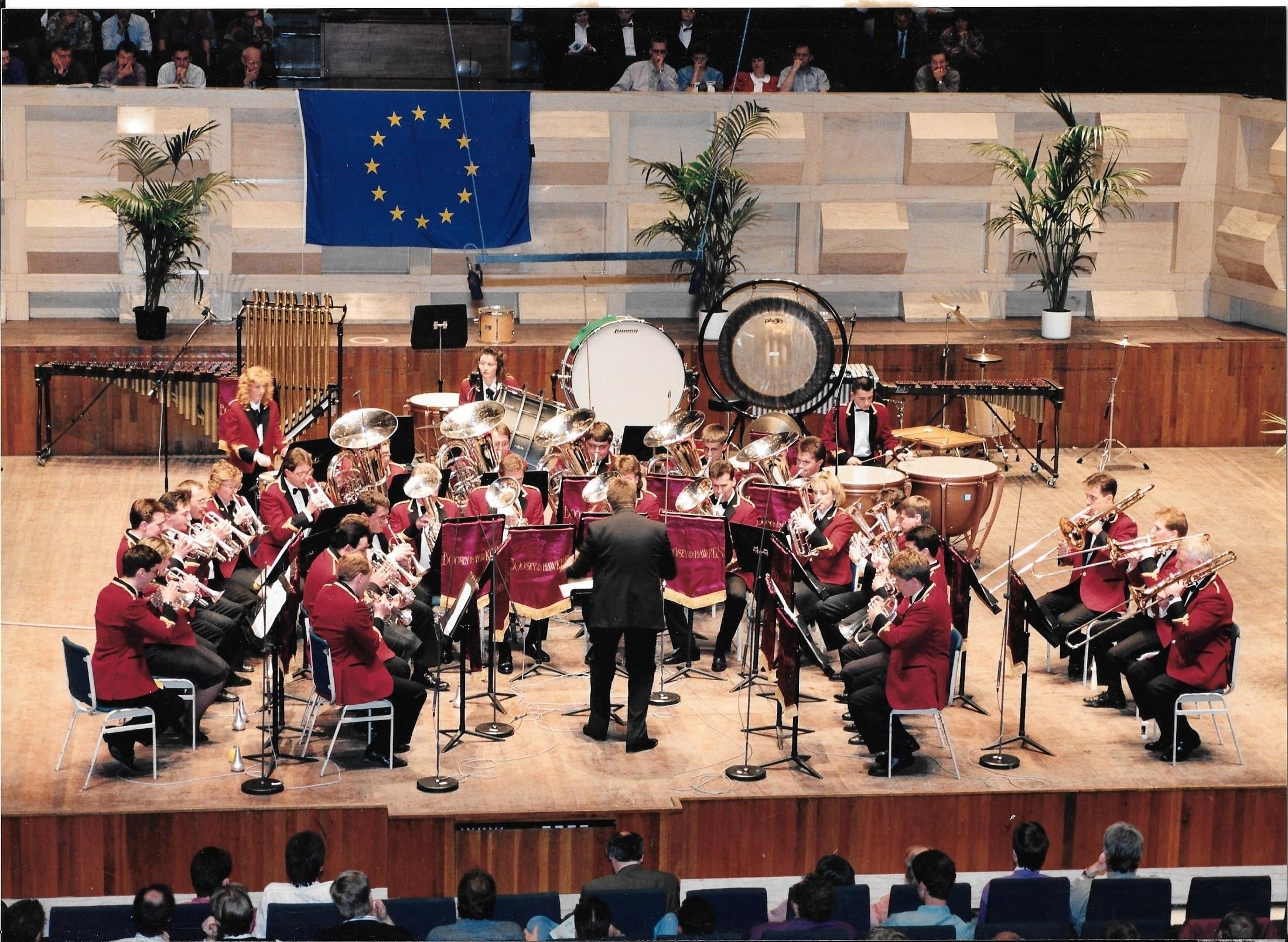