Tredegar Band celebrated its centenary in 1976. Under the baton of John Childs they also won the British Open Grand Shield (see on the left of the image) in Blackpool as well as the South Wales Miners’ Gala (trophy on the right of the image).

The picture was taken in the bandroom with the following personnel: 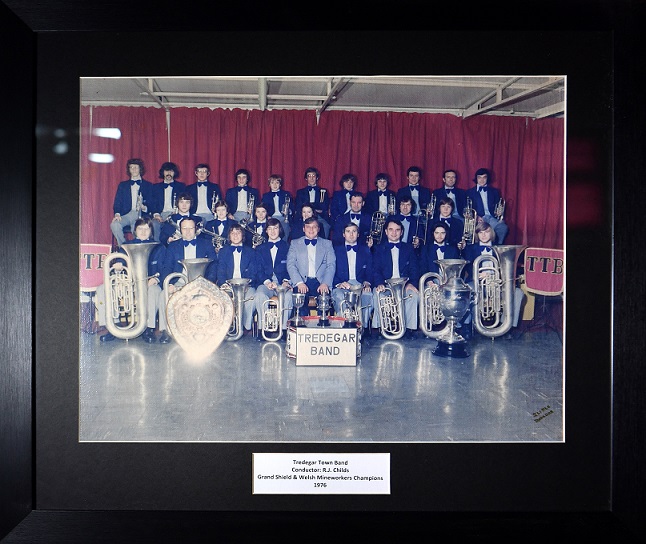