In 1996 the band won its second successive Welsh Regional title under the baton of MD Nicholas Childs.

The competition took place at the University Arts Centre in Aberystwyth with the band winning by a clear two point margin from Northorp Silver with BTM Band a point further back in third. The picture was taken just outside the hall after the band had performed.

The test piece was John Golland's 'Sounds'. The adjudicator was James Scott. 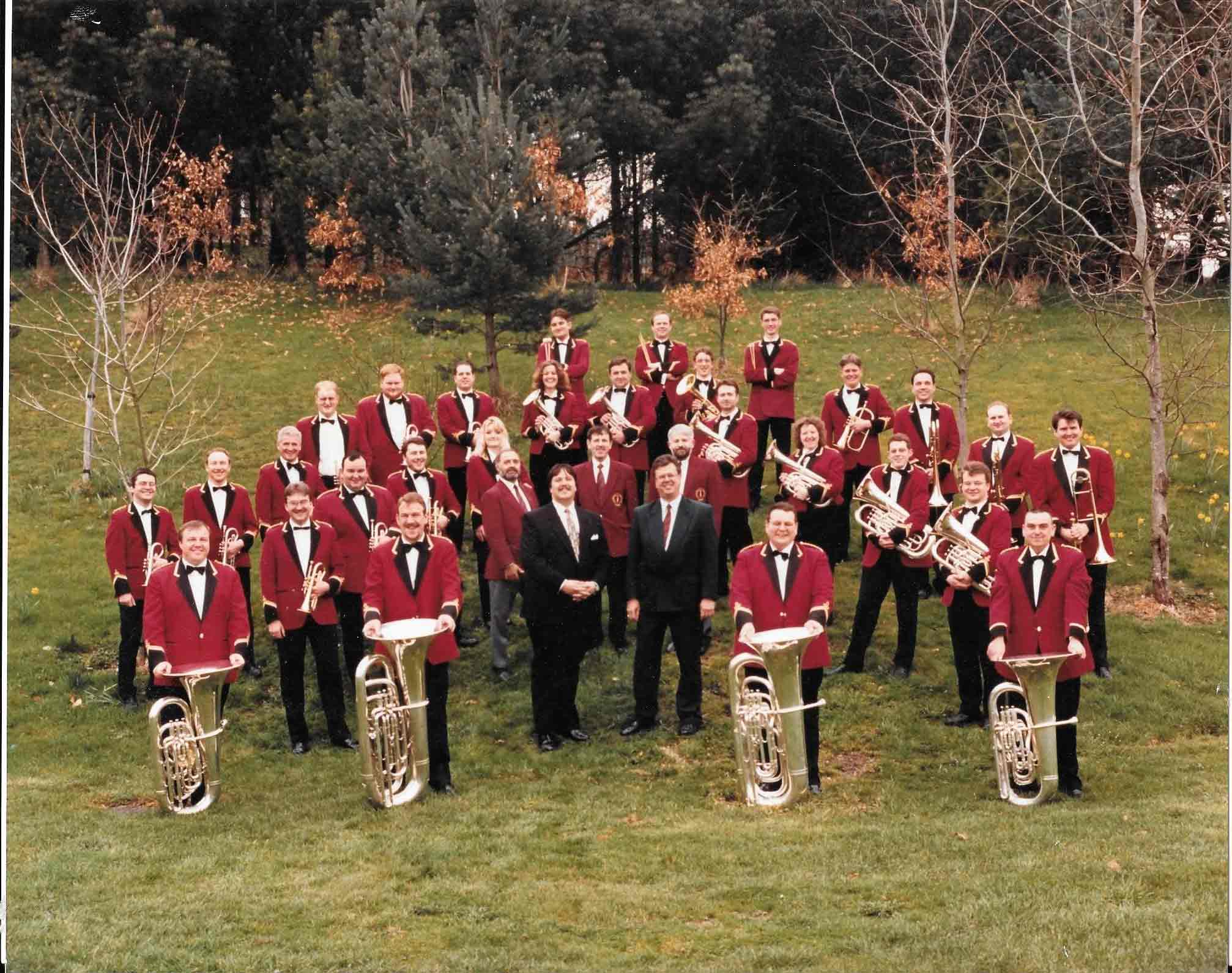